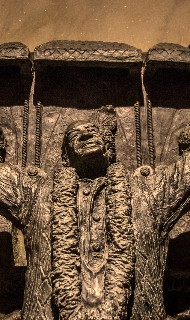 By His Divine Grace A. C. Bhaktivedanta Swami Prabhupada 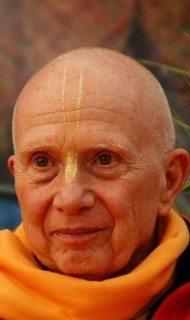 In this age of Kali married life will be accepted on the consideration of sex only; when the boy and girl are pleased in sex, they get married, and when there is deficiency in sex, they separate. Srila Prabhupada spends most of his purport describing the accordance of marriage as a basis for practicing spiritual life and how that combination is a feature of the success of ones Krishna consciousness. Herein it is mentioned how character should be matched up and if i...

Have we ever embellished a telling of a lie with an assortment of trivial details to disguise the actual truth? Have we ever pretended to be someone we never were, by exuding a persona larger than ourselves? Are there any angels among us who can boldly claim to have never fibbed; ever – even to get out of an awkward situation? The truth is out; there are no foolproof ways of telling if someone is lying or not. Shifty eyes, truth drugs and ... 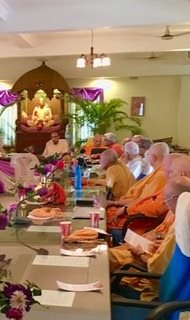 The Annual General Meeting of the ISKCON GBC Society will begin on February 11, 2020. Following the ISKCON GBC Society's Rules of Order, the GBC Secretariat requests proposals, duly sponsored by two GBC members, to be submitted by December 15, 2019. Note that NO proposals will be entertained after this date. Please follow the updated format for GBC Proposals, attached as a fillable PD

Chantnow.com – Taking the Maha-mantra to Every Town and Village

It’s been just over a year since we launched the completed Chantnow.com on Radhastami, 17th September 2018 and the results have been very encouraging. We began with an experimental Facebook advertising campaign that resulted in a surge of 275 people enrolling in our 7 day Chanting workshop at an advertising cost of just about $1 each. We knew we could generate student enrollments, but could we keep them progressing? To focus on student services, we then turned to fine-tuning our systems of automated cultivation using emails based on our users participation. Users who start the workshop ... 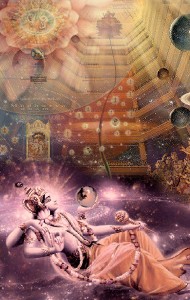 Creation, maintenance, and destruction in the course of time are not features of the spiritual nature. The Upanishads say that before the creation there was no Brahma and no Siva, no sun, stars, or sky. There was only Vishnu, His expansions, and the pure souls who have no desire for a life separate from Him. With only Vishnu, and no Siva or Brahma, there is only maintenance, with no creation or destruction. Time exists in the spiritual nature without its destructive side, and without the type of... 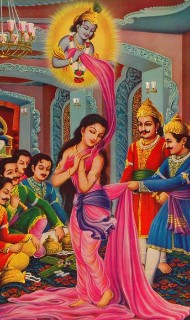 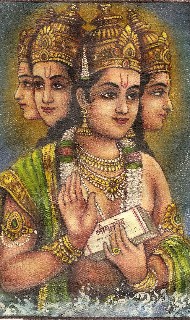 When Lord Caitanya finished His instructions to Srila Sanatana Goswami, Sanatana, being empowered and enlightened, was so transcendentally pleased that he at once fell at the feet of Lord Caitanya and said: "I am born of a very low family, and I have always associated with lowly people; therefore I am the lowest of sinners. Yet You are so kind that You have taught me lessons which are not even understood by Lord Brahma, the greatest being in this universe. 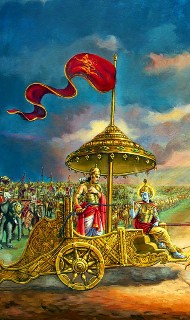 We are always on the razor’s edge, even when, by the mercy of Krsna-Guru-Vaishnava, we return back home, back to Godhead. Our original existence there is also on the edge of a razor – there is no room for inattentiveness or imperfection. Consider this statement by Srila Prabhupada: “Usually anyone who has developed his relationship with Krsna does not fall down in any circumstance, but because the independence is always there, the soul may fall down from any position or any relationship... 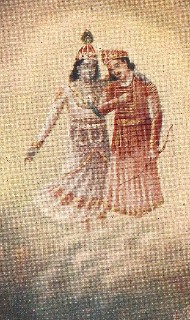 Perhaps we should begin by defining religion. Dictionaries usually describe it as a system of belief in some supernatural power. That is where the conflicts tend to arise. My beliefs may well be different to yours, and human nature is such that we identify with these to the point where we create divisions based upon them. Hence we have many religious communities going under different names Christian, Jewish, Muslim, Hindu, etc. In most people's minds this is what is meant by religion, all t... 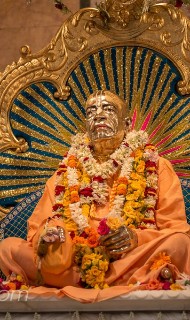 Hundreds of devotees were assembled in the temple room while Srila Prabhupada spoke. Suddenly, he stopped and became silent with his eyes closed. Everyone in the room became still, not wanting to disturb him. A pin drop could be heard. We didn't dare breathe too loudly. This went on for some time. Hundreds of devotees were transfixed on His Divine Grace's ecstasy, each being transported by his rapture. Our minds were overwhelmed with blissful anticipation. Srila Prabhupada carried us all to anoth...

The Advent of the Bhagavad-gita—Some Practical Guidance 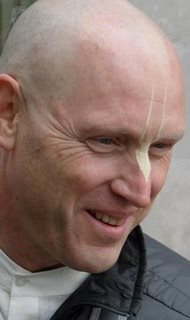 Srila Prabhupada loved to hear that the devotees were distributing large numbers of his books and he consistently encouraged them to sell more of them. He once wrote, “These books and magazines are our most important propaganda weapons to defeat the ignorance of maya's army, and the more we produce such literature and sell them profusely all over the world, the more we shall deliver the world from the suicide course. 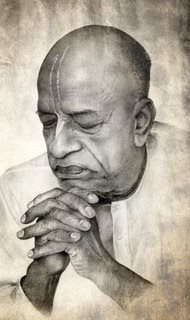 On Gita Jayanti, the day of the advent of the Bhagavad-gita, spoken by Lord Krishna to Arjuna, I reflected on Srila Prabhupada and how he addressed members of the Gita Pratishthan (Gita Foundation) in India, in 1976. The way Srila Prabhupada dealt with the conference was exemplary—and extraordinary—as I shall relate 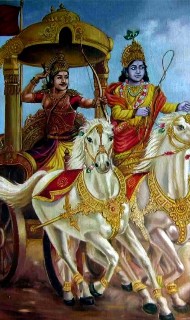 Einstein, Emerson, Thoreau, Huxley, Hesse . . . I was amazed that this list an intellectual who’s who from recent world history was actually a list of thinkers who had appreciated the Gita. As I had been born and brought up in India, the place where the Gita was spoken millennia ago, I was familiar with it as an ancient Hindu text. I had even memorized some of it for verse recitation contests. But I had no idea that its contents were of interest to the modern mind, much less praised by ... For those whose lives have been forever improved by meeting Lord Krishna personally in the pages of the Gita, Gita Jayanti is not only a day of celebration but also a chance to express their gratitude. And the best way to do so is to share the Gita with others. Krishna Himself says, “There is no servant in this world more dear to Me than he, nor will there ever be one more dear.” (Bg. 18.69) The Gita teaches the essence of spiritual knowledge, purely and succinctly, in a way that anyone – in any situation of life – can practically apply its instruction and wisdom. And since Krishna... 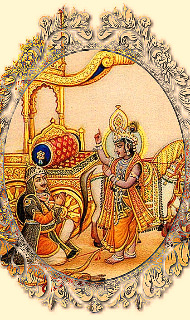 For one who explains this supreme secret to the devotees, pure devotional service is guaranteed, and at the end he will come back to Me. There is no servant in this world more dear to Me than he, nor will there ever be one more dear 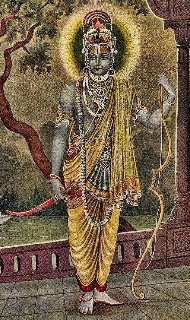 The Divine Form. "Then, as if by divine providence, an art college friend, upon returning from a visit to Bangkok, gave me some rice-paper rubbings taken from bas-reliefs of divinities of the temple of the reclining Buddha. Although I didn't know it at first, the images depicted the pastimes of Lord Ramachandra. I immediately appreciated the combination of delicate exquisiteness and divine irresistible power that Ramachandra personified while upon His chariot, bow drawn, ready to slay His evi... 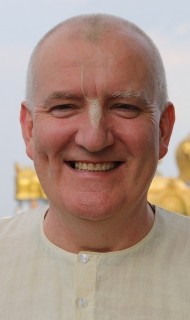 I recently heard a somewhat humorous exchange between two devotees. The first devotee in a mood of perhaps legitimate grumpiness said; “I have given the best years of my life to ISKCON” [therefore surely ISKCON owes me] The second devotee replied; “Well if you've given your best years then you might as well give the rest of your years!” This exchange is interesting for a number of reasons, not least because of the two apparent conflicting positions taken... 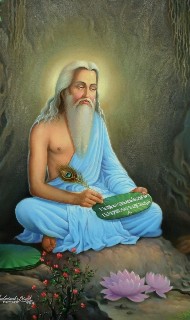 Once there was a sage who lived by the banks of the Ganges River. The sage spent much of his time in meditation and he understood the difference between that which is ‘sat’ (eternal) and that which is ‘asat’ (temporary). Now he was destined to live until all the hairs on his body fell off. He is described as a ‘hairy’ sage. And only a single hair fell off during a life time of Brahma (which is millions upon millions of years). So this sage was going to... “A person is not considered a great sage unless he disagrees with another sage”. This adage suitably describes the career of La Mettrie, whose contentious writings during the eighteenth century were almost universally reviled by his contemporaries during the age of the Enlightenment. Even Frederick the Great, who afforded him protection and patronage following his banishment from France and Holland, declared that one could attain peace of mind by not reading La Mettrie’s works. Notwithstanding the general distaste with which they were met, the ideas he espoused have proved long ... 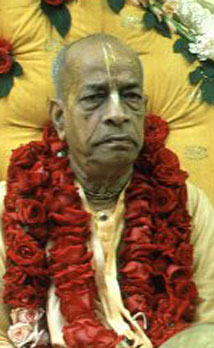