Who am I? Nobody! 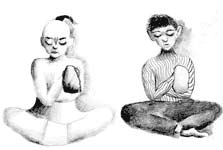 Written by an insignificant soul

A colleague, Andrew, began to have headaches at the end of January. It took about 3 weeks to discover that he had a brain tumour and needed urgent surgery. Andrew’s father died of cancer and had spent a year travelling the world because he had feared that he never wanted to be like his father who had always put off enjoying life until later because it was not meant to be.

Andrew had a successful operation and within days was at home recovering. However, the tumour was malignant. Andrew was devastated but determined to fight. On Tuesday 18 April Andrew’s stepfather phoned the office and explained that Andrew had been in a semi-coma for a few days and his condition was critical. He suggested that colleagues visit to say goodbye. Everyone was devastated by this news. My manager intended to go immediately, I agreed to go with him because I felt helpless sitting at my desk worrying about him.

It was awful seeing a body that was unrecognisable as a person I had associated with him for many years. Andrew had a huge bandage on his head. His eyes were struggling to focus. He had a tracheotomy in his throat so he could not speak and a massive bandage on his right hand to stop him from pulling his drips out. The left hand side of his body was paralysed. It was a terrible sight but I put this aside and spoke to Andrew as I would have done if he was healthy. As I went to leave and said goodbye to him, he raised his right hand to wave bye to me. Andrew’s mother was amazed, this was the first time he had done this since going into a coma. I felt really pleased that he was aware that I had been with him.

That evening, I spoke to Antardwip Prabhu on the phone. I explained about the awful day I had. Antardwip advised that I should play the Maha Mantra to Andrew. I declined and said that Andrew was in a ward and his family did not appear to be from a religious background. My real fear was that I did not know his family at all. Whilst all my work colleagues are aware of my Krishna Consciousness, I tend to keep it low-key. The next day I went to the Temple to do my service. Amazingly, Bhaktin Meenaben brought a DVD to watch.

Clueless about the content, I finished in the kitchen and sat down. To my disbelief the DVD was about Stoka Krishna Prabhu, a fantastic devotee who had discovered that he had a particularly aggressive cancer but dealt with his condition so perfectly and humbly that his godbrothers and sisters made his final days so beautiful. Had I known what the DVD was about, I am not sure that I would have wanted to watch it. I went home and thought I must help Andrew in whatever small way I could.

I was going away on the 21st and I had agreed to help devotees on the 20th and therefore the only day I could see Andrew was Thursday 19th. I decided that I could take some paraphernalia with me and would seek permission from Andrew’s mother to use them. However, when I arrived at the hospital, only Andrew’s friends from London were there. Andrew was looking slightly better. The bandages from his head and mitten on his right hand were removed. He was responding by nodding his head. I explained to him that I had holy water that I had purchased in Mauritius, which had come from 108 holy places and asked for his consent to place some on his head and body. Andrew nodded in approval. Saying the maha mantra I sprinkled water onto his head, some over his body and a tiny bit on his lips. I then slowly explained to him that I had some dust from Lord Jagannath from Jagannath Puri.

I informed him that I wanted to put some on his head and then rub the rest into his hand, the only accessible area. Andrew nodded his head. I proceeded, again chanting as I did. Finally, I informed Andrew that I was given a very special garland from Gaura Purmina festival from Belgrave Road. Rasika Devi Dasi had given the garland to me. It was beautiful. I asked Andrew if I could put the garland over his wrist. Andrew agreed. With this, I advised Andrew that I had to go. He held my fingers and squeezed my fingers very tightly. I took this to be his way of saying thanks.

I left the hospital, never expecting to see Andrew again but feeling happy that I had said my goodbye. I worried about Andrew while I was away and was certain that he would be dead by the time I get back. Imagine the shock when I got into the office to be told that he was doing really well. As my colleagues were sharing the news with me, they were all saying that I had cured him. I went to the hospital on Friday 5 May and found Andrew, fully dressed, drinking tea & eating biscuits… a miracle.

Andrew has really received Krishna’s mercy. I know that I did not do anything. Association with devotees is so powerful. The gift in Lord Krishna’s puzzle come in pieces but when all the segments are put together, the results are astronomical. Without devotee association, none of these amazing pieces would have come together but working as a team to reach Lord Krishna has really proved fantastic. Andrew apparently had undergone a further emergency operation on 13 April to remove a secondary aggressive tumour. During the operation he had suffered a stroke and then went into a coma. With no hope of recovery, the doctors had stopped treatment and were waiting for him to die.

Krishna has used me as his instrument, 1) to help Andrew, 2) to give me a sharp lesson in understanding that no matter how much we feel useless, every devotee has a part to play and 3) That devotee association is vitally important to spiritual development. Who am I? I am really proud to admit that I am a devotee of Lord Krishna.