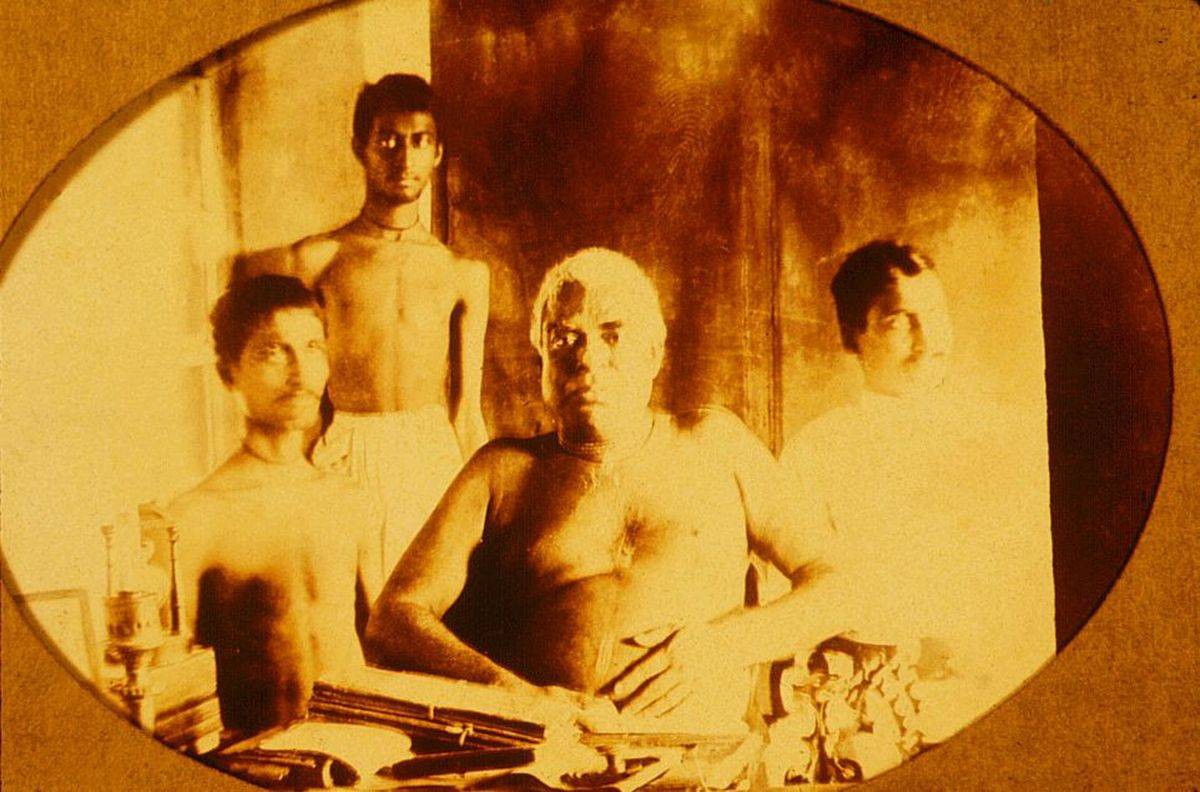 Srila Bhaktivinoda Thakur is one of the most important acaryas in our Gaudiya line. He can be seen as the father of modern-day Krishna Consciousness. He, along with his son Bhaktisiddhanta, created an explosion of preaching all over India, and he was also the first Vaisnava to send books to the west. He rediscovered many of the pilgrimage sites in Mayapur and foresaw the day when devotees from all over the globe would arrive here to perform blissful Sankirtana together. Srila Prabhupada often told the devotees in Mayapur that they were fulfilling Bhaktivinoda’s prediction.

So it was the desire of Srila Bhaktivinoda Thakura that Europeans and Americans would come here and chant Hare Krsna mantra. That prophecy is now being fulfilled, and that is my satisfaction. (Arrival Address, September 27, 1974, Mayapur)

In 1890, soon after he moved here, Bhaktivinoda Thakur published the Navadvipa Dhama Matatmya. He preached all over the area, started hundreds of nama-hattas, and raised money in Kolkata to build the Yoga Pita at the birth-site of Lord Caitanya. He wrote several times in his book Jaiva-dharma that Mayapur is the most auspicious place in the whole universe.

“When Sri Caitanya Mahaprabhu descended to this material world, He brought His own original abode of Svetadvipa, that is Mayapura, with Him. Four centuries after Sri Caitanya’s advent, this Svetadvipa will gain pre-eminence over all other places of pilgrimage in the world. The benefit of residing in Navadvipa is that all offences are nullified and the resident is crowned with suddha-bhakti.” (Jaiva-dharma chapter 8)

On this most auspicious occasion of his appearance day, we should all pray for his blessings so that we can increase our appreciation for Sri Mayapur Dhama.

“My son! This place of Mayapura-Navadvipa that you reside within is also purely transcendental. However, as there is a net of maya covering your perception, you are unable to realize the innate transcendence of this place. When, by the mercy of the saintly souls, your spiritual vision arises, then you will be able to see this holy land as it really is. You will see that Mayapura and Navadvipa are transcendental realms; then only will your stay here be realized as the perfection of vraja-vasa, residence in Vraja.” (Jaiva-dharma chapter 13)

Yours in the Service of Sridham Mayapur,