You Will Be Forgiven For Your Sinful Reactions! 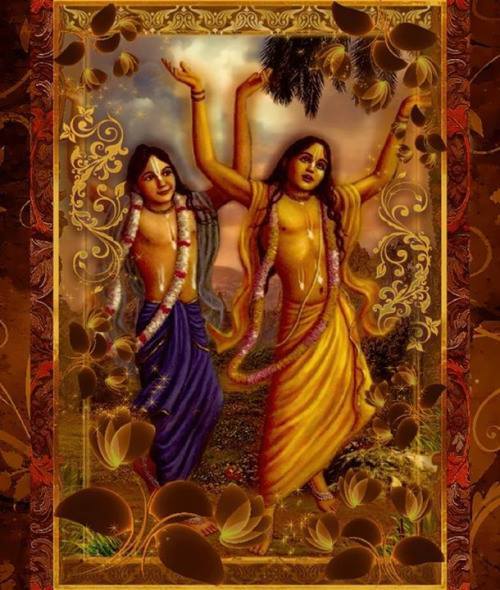 You Will Be Forgiven For Your Sinful Reactions!
After some time, Lord Nityananda was approached by Madhai, where he said that “My Lord, You’ve pardoned me, You’ve given me Your mercy, but I am haunted by the idea that with my hand, I have struck You and I have caused You to bleed. And I am just obsessed with this thought that I have committed this offence to You and how can I actually be forgiven. Even though You’ve pardoned me officially, still I was thinking that I am so rotten, I am so fallen, I am so envious that I could have done such a thing.
Then Nityananda, He picked him up, He gave him the shelter of His lotus feet, He said that ” I never took any offense, because I took just like you are My child. If a baby hits the father, does the father take any offence. So I am thinking like that, you are My baby ; so what offence can you do to Me? You didn’t do any offence. Out of foolishness, you did that. So in this way Madhai couldn’t get any… Nityananda didn’t’ accept any offence ; that was His mood that “All right, they’re all my children. All right, they do some nonsense. Won’t take any offense. So then Madhai said all right, but I committed so many offences to other living entities. I did so much sinful activities, how will I be forgiven for those offences? I was so envious. So many living entities– dogs, cats, man, women, children. Who wasn’t I …? I was torturing and persecuting and I was committing so many sinful activities over so many of those people. How will I be forgiven for my offenses against all living entities?
Then Nityananda, He considered that. So then He told him that “You can construct a bathing ghat with your own hands on the Ganges. And that way so many people, living entities, so people will be able to go and take bath. And because of that, they will be forgiven for their sinful reactions. By your building the ghat, you will be instrumental to them for that and you will be forgiven for your sinful reactions, for your offences to the other living entities. So Madhai, of course he could have had other people help, but Madhai, he was so enthusiastic that he himself, he took the digging implements and he cut out the ghats, and he personally laid out the stones and everything and built out a beautiful ghat and steps.
So Madhai personally dug the, built the, constructed it and then had great devotees inaugurate it and so it became famous as Madhai ghat. It was one of the five principal ghats in Navadwip : Bokuna ghat, Mahaprabhu ghat, Madhai ghat… I forget the other last two, but there are five principle ghats, and Madhai was one of the main ghats. So, in this way, then Madhai was given a complete forgiveness for even the offences he had committed to other living entities.
HH JAYAPATAKA SWAMI
Wednesday, December 15, 1982
Honolulu – Hawaii, USA

Appearance day of Lord Nityananda Abhishek February 7, 2020 (Album of photos)
Lord Nityananda’s mercy: The magnitude, the motivation and the magic
Tagged under: Nectar