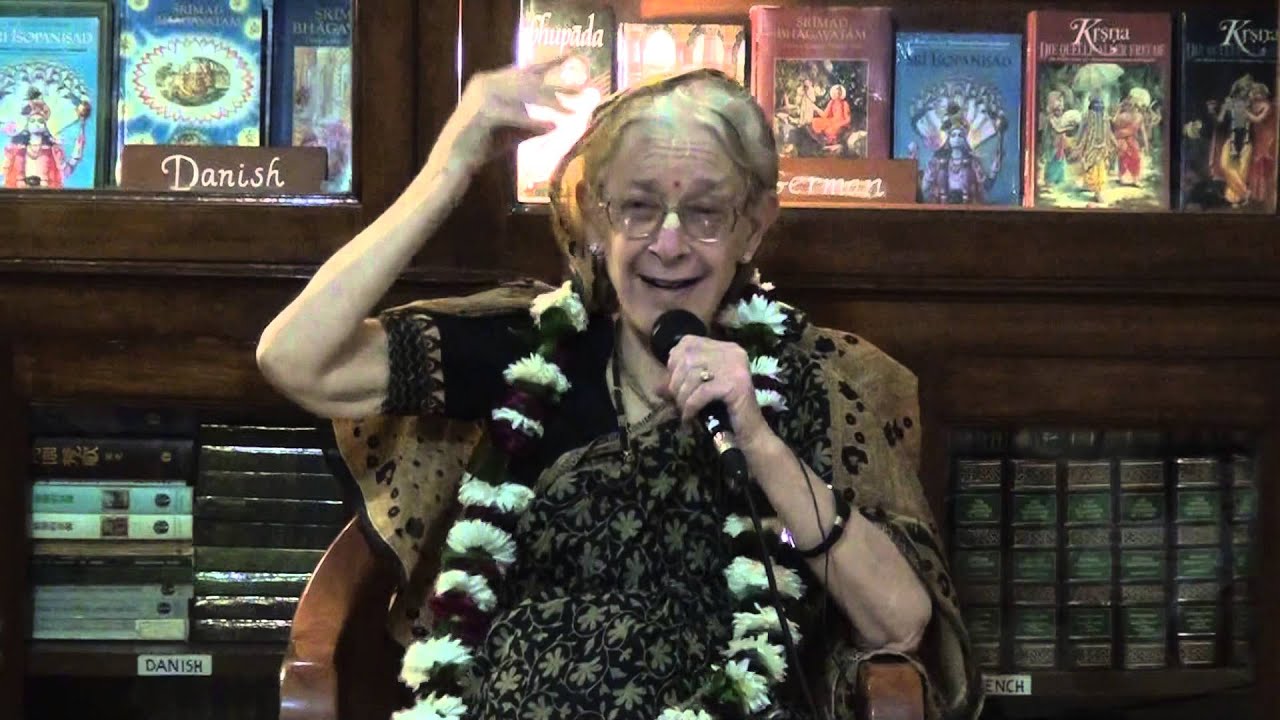 Please everyone join us in prayers for Srila Prabhupada’s daughter Parvati devi, who is in ICU in Mathura in a critical condition.

Mahadevi Dasi: So there she was for the 3rd time in her life, showing all symptoms of leaving her petite, devotee warrior body …

Drs. telling me to “contact her family, “we’re losing her” as a team were expertly trying to revive her heart n get the body breathing again. Lungs partially filled w fluids, as well as numerous other deathly problems.

For close to 3hrs, Parvati pr was not conscious. Family n me keeping Prabhupada in her ear n brave daughters telling their beloved mata… “Prabhupada n the Brothers are waiting for you.”

Husband telling his dear shanti wife😊 (of 41 yrs) n devoted Godsister …
“You can go now to Prabhupada n Krsna. THEY are waiting for you.”

Then both eyes slightly opened n seemingly were saying…
“Noooo, Not yet, Got plans,
Got cha😊”

So Prabhupada’s Parvati devi pr lives on….altho her body struggling to keep up with her fighting Spirit 🙏

Her situation is still terminal, but Krsna n Prabhupada brought her exhausted body back to life for Their Own Personal Reasons.

The family n i are sure your Prayers were instrumental in yet another revival of Parvati’s life, surrendered to Prabhupada n Krsna😊🙏💓

Thank you for being a part of this miracle🙏

Harinam Sankirtan @ Brickfields, on the streets of Little India,…

Karttika is a sale like Black Friday. Everything is given away for nothing!