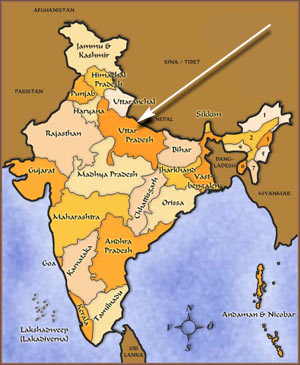 The Uttar Pradesh Government plans to enact a law which would enable it to monitor the activities of temples, mutts and religious trusts, and also have a big say in their management. A meeting has been convened by State Chief Secretary N.C. Bajpai on June 13 for finalizing the draft Bill on the subject. The meeting will be attended by the principal secretaries of law and religious endowment departments.

Religious Endowment Minister Ashok Bajpai said the Government did not want to unnecessarily interfere in the affairs of temples, mutts and religious trusts, nor were there any plans to take over their control. Speaking to The Hindu, Mr. Bajpai said: “There has to be a foolproof arrangement for keeping a close watch on the management of the religious places as not only were the sewadars and workers exploited by the mahants and pujaris, dispute over property owned by the mutts and temples has often led to the murder of priests.”

He said temple towns were also leading tourist centres — Varanasi, Allahabad, Mathura, Ayodhya and Chitrakoot. “Proper management of temples will promote tourism in the State,” he said. Through the proposed legislation, income from the temples, mutts and religious trusts will be ploughed back for the welfare of their workers.

For the purpose of the legislation, temples and mutts have been divided into 3 grades: temples of international and national fame; temples of State fame; regional and local level temples, mutts and religious trusts.

In reply to the Hinduization of ISKCON
Congratulations