ISKCON, Sect or Cult? Actually Both 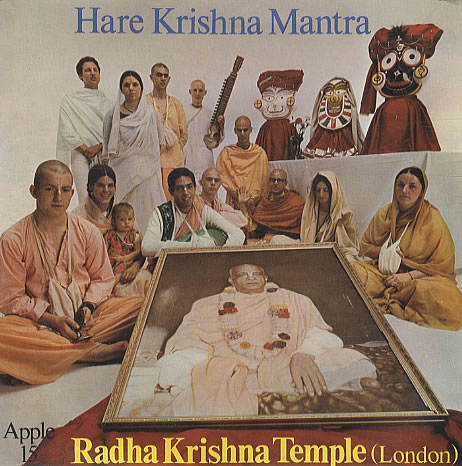 Yes, ISKCON can be considered both a ‘cult’ and a ‘sect,’ that is, at least according to Prof. Rodney Stark’s definition of these words in his book “The Rise of Christianity,” which I am continuing to read and from which I keep extracting themes relevant to ISKCON (first part here). But let’s take a step back. English words have meaning only insofar we assign one (or more) to them. Words are conventions. As such they change their significance throughout time (and space), some morphing into different shades of the same idea, others atrophying into obsolescence or disappearing into oblivion. Some might even shift from a negative to a positive identity or viceversa.

The terms ‘sect’ and ‘cult’ are often loaded, but with different weight and connotations according to users and places. For instance in the United States ‘cult’ possesses a negative flavour, while ‘sect’ is often a neutral expression; but in Europe it’s usually the opposite: ‘cult’ is pretty neutral, while ‘sect’ can possess a sinister ring. I request the reader to forget for the time being the dark implications of ‘cult’ and ‘sect’ implied by sensationalistic journalists or by bigoted humanists. In saying that ISKCON fits both ‘cult’ and ‘sect’ profiling I am simply applying the definitions Stark offers in the second chapter, entitled “The Class Basis of Early Christianity.”

Starks writes: “Sect movements . . . occur by schism within a conventional religious body when persons desiring a more otherwordly version of the faith break away to ‘restore’ the religion to a higher level of tension with its environment.” This is the dynamic we often see in action when people from Indian backgrounds seriously join ISKCON’s congregation (say to the level of preparing for initiation): they shed their often lukewarm, compromised adherence to Hinduism for the more vibrant and demanding standards of lifestyle and worship propounded by ISKCON. For them it’s a homecoming, albeit with increased emphasis on purity and spiritual upward mobility. Cast away are the flirts with non-vegetarian dishes; rejected are the escapades into mayavadi theological nonsense; avoided are the peccadillos adopted in the company of the mlecchas. For Hindus the embracing of ISKCON represents the realignement with their own traditional orthodoxy, at a higher level of commitment.

For Westerners (and non-Hindus in general), however, ISKCON fits more with Stark’s definition of ‘cult’: “Cult movements . . . are not simply new organizations of an old faith: they are new faiths, at least new in the society being examined. Cult movements always start small–someone has new religious ideas and begins to recruit others to the faith, or an alien religion is imported into a society where it seeks recruits. In either case, as new faiths, cult movements violate prevailing religious norms and are often the target of considerable hostility” (as the current happenings in Kazakhstan highlight). In the West Hare Krishna is new, “alien,” its standards and views are revolutionary, potentially upsetting and baffling for those around the new recruits. New converts suddenly “find” themselves surrounded by cow-killers, soul-killers and all sorts of ungodly elements and temperaments. Through hightened awareness, familiar situations reveal their grim lineaments to the new member. Relations thus have to be renegotiated, rethought and reshaped, and this can certainly generate uneasiness in the people being “redefined.”

Becoming aware of this simultaneous coexistence of ‘sect’ and ‘cult’ features may offer insights on some sublte intracommunal tension observed between devotees from Indian and non-Indian background. It may not be simply a matter of racial and cultural sensitivities, but also a difference in expectations, a difference of orientation in the seekers. Hindus might look for reconnecting to the ancient religion of their ancestors, searching for the rock-solid stability of tradition. Westerners might instead aspire to explore the exotic, the unknown, the ground-breaking.

One acquaintance from Western Europe (initiated in ISKCON), was telling me that we, as a Society, often stress that we are a bonafide religion, “That is the problem,” he said, “that ISKCON is a religion” (with the negative trappings and dynamics of conventional religious organizations). His search for something more vital, genuine and stimulating brought him to Narayana Maharaja (which he later also discarded) and the Radha-kunda babajis (when I last heard about him he was also into irresponsible sense gratification and antisocial behavior). Of course, this is fortunately not the standard sequence of “development,” but, as a factual episode, it could help gaining some understanding of the restlessness associated with people arriving through the ‘cult’ trajectory.

So, we might be facing, on the same temple-room floor and during the same kirtan, two different approaches meeting and almost imperceptibly clash. Sidelong glances of suspicion and disconfort might almost pass unnoticed, but the Indian side might wonder if these whites are for real. Aren’t they going to spoil and mutilate the holy traditions of our grandfathers with their congenital agitation and roughness? Are they a safe company for our families and children? The Western front may ponder: Will these Indians grasp that this is not hodge-podge Hinduism and catch the idea of real surrender? Will their conservativism, social adaptation and economic prosperity cause spiritual stagnation and complacency?

The sect-members and the cult-members remain at odds (emotionally) till they come to share a higher level of awareness and community.

Of course in some cases these largely unspoken perplexities might be unwillingly or unconsciously fostered by the local temple administration ***if*** not strong enough in their steering the whole congregation toward higher peaks of comprehension and practice. If the temple, for instance, is simply happy to milk money from the pious (generous) Hindus without focusing on raising them to serious sadhana-bhakti, the tensions and incomprehensions will continue, because the material coatings will cling on.

Until Krishna consciousness becomes an ongoing adventure of self-discovery and personal upliftment, the conditioned attitudes will continue to heavily exert their influence. When people (from whatever backgrounds) seriously engage with energy and determination in the same purificatory processes (daily japa, regular reading of Srila Prabhupada’s books, participation in outreach, missionary activities, rigorously following the vows of purity, etc.) they quickly go beyond the ethnical impasse and develop a common culture, a shared mindset and vision. In dealing with newcomers, though, we observe that local preachers at times find convenient to cultivate the two groups (Indian and Western) in separate environments, e.g.: the Indians in the temple (with its classical rituals); the Westerners in The Loft (with its focus on gradual acclimatization).

In closing, I just note that success can be a threat to the spiritual health of cults or sects. Increased membership and greater social acceptance by the host culture might harbinger decreased intensity and commitment. After becoming the dominant religious group in the Roman Empire, Christianinity lost its original drive, purity, ethics, morals, brotherliness and vision. Just consider the difference between early and contemporary Christian attitudes on death: the first were often embracing or even seeking the end of the physical body with enthusiasm and conviction in an eternal reward, a permanent better future; modern Christians’ dealings with death are often full of gripping fear, tamasic lamentations, eschatological mistrust, and superflous, extravagant, commercial burial conventions.

ISKCON hasn’t slipped that low (but we haven’t yet experienced the conquest of a civilization and two-thousand years of history), at the same time there are, even in our short forty years of existence, disturbing signs of supine adaptation to the host-culture, disquieting indicators of psychological subservience, and an upsurge of compromised attitudes on integration and blending with the dominant culture.

7 Comments to “ ISKCON, Sect or Cult? Actually Both”