Lord Krishna: I am very much pleased by the friendly relationships among you 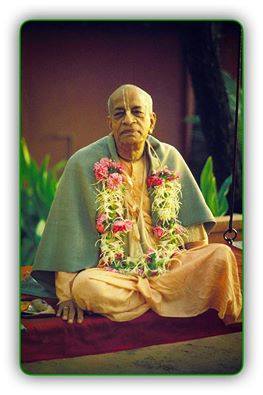 The unity of the individual souls.
The Supreme Personality of Godhead said: My dear sons of the King, I am very much pleased by the friendly relationships among you. All of you are engaged in one occupation—devotional service. I am so pleased with your mutual friendship that I wish you all good fortune. Now you may ask a benediction of Me.
PURPORT
Since the sons of King Pracinabarhisat were all united in Krsna consciousness, the Lord was very pleased with them. Each and every one of the sons of King Pracinabarhisat was an individual soul, but they were united in offering transcendental service to the Lord. The unity of the individual souls attempting to satisfy the Supreme Lord or rendering service to the Lord is real unity. In the material world such unity is not possible. Even though people may officially unite, they all have different interests. In the United Nations, for instance, all the nations have their particular national ambitions, and consequently they cannot be united. Disunity between individual souls is so strong within this material world that even in a society of Krsna consciousness, members sometimes appear disunited due to their having different opinions and leaning toward material things. Actually, in Krsna consciousness there cannot be two opinions. There is only one goal: to serve Krsna to one’s best ability. If there is some disagreement over service, such disagreement is to be taken as spiritual. Those who are actually engaged in the service of the Supreme Personality of Godhead cannot be disunited in any circumstance. This makes the Supreme Personality of Godhead very happy and willing to award all kinds of benediction to His devotees, as indicated in this verse. We can see that the Lord is immediately prepared to award all benedictions to the sons of King Pracinabarhisat.
[ 03. Srimad-Bhagavatam (Bhagavata Purana) / Canto 4: The Creation of the Fourth Order / SB 4.30: The Activities of the Pracetas / SB 4.30.8 / TRANSLATION]

The Residents of Varsana (Album with photos) Indradyumna Swami:…