Your Name Will Be There 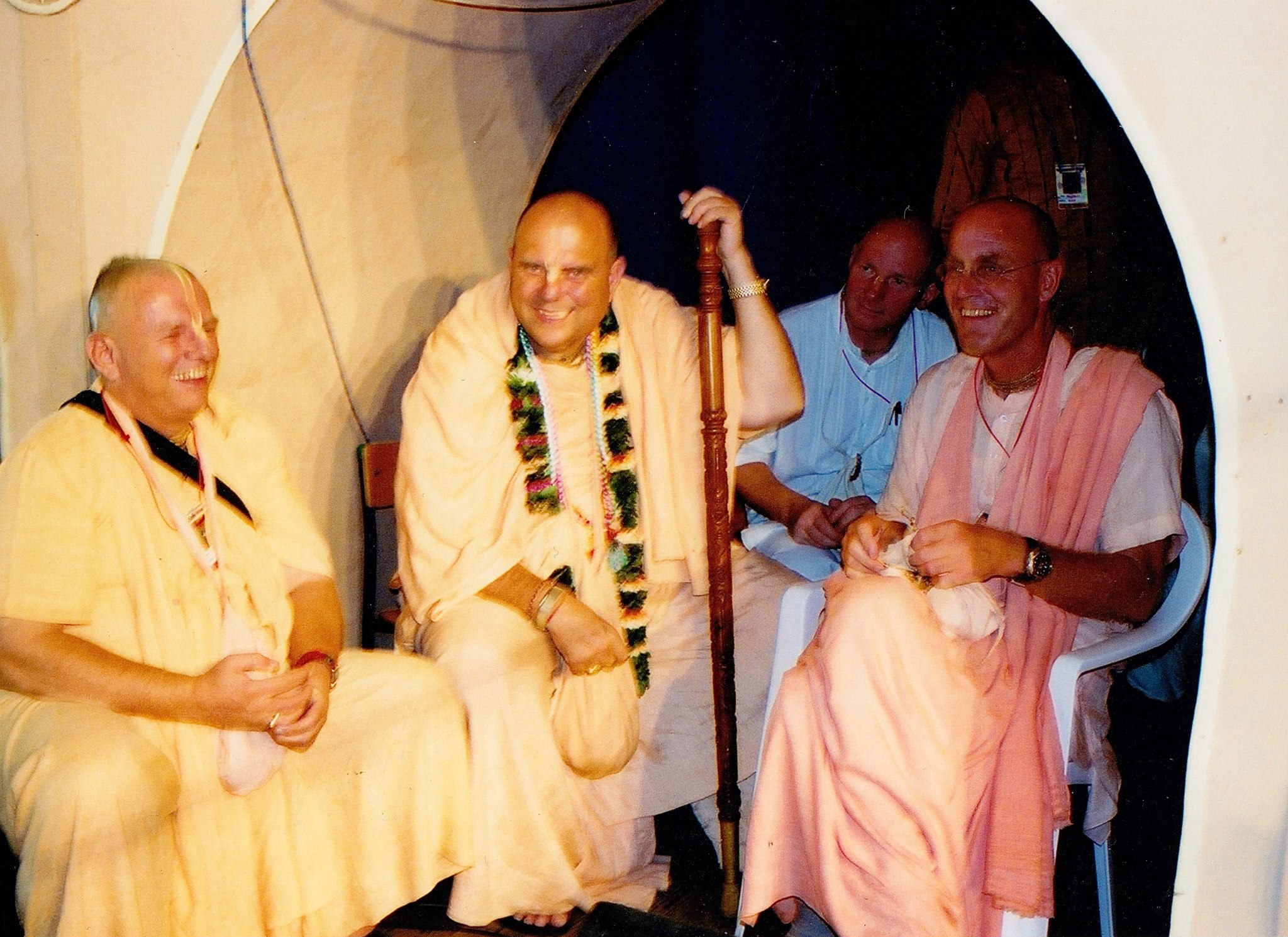 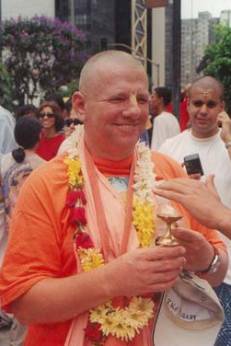 Please accept my most humble obeisances. All glories to Srila Prabhupada.

Today is the auspicious celebration of your appearance day. Numerous godbrothers, disciples, friends and well-wishers have gathered around the world and are enjoying sweet memories of your glorious activities in spreading the samkirtan mission of Lord Caitanya. In recounting these memories they will speak for hours, for by the grace of Srila Prabhupada your service record was outstanding. I know this because I was fortunate enough to spend some time with you and to witness your preaching activities in India, America and Canada.

I am happy that today you will receive the glorification you deserve. But I’m sad as well, for I feel your departure was premature. “Untimely” was the word Srila Prabhupada used when hearing of the demise of one of his disciples in the early days of the movement.

I sometimes wonder why the Lord takes away devotees like you so early, leaving the responsibility for spreading Krsna Consciousness to your younger godbrothers. It can only be because of His love for servants such as yourself who exhibit all good qualities and an intense desire to spread the holy names around the world. One of our godbrothers, Bimal Prasad das, explained this nicely:

“We all love and trust those great souls who achieve perfection in relishing the holy names. Unfortunately such success often means that the Supreme Lord Himself becomes eager for their association and thus we feel the loss when He takes them Home to be with Him.”

I miss you a lot. I miss the times we spent traveling together in the early days of the movement. It was fun and enlivening to be in your association. No matter how difficult the situation, you always said something humorous to make us laugh. And the next moment you could speak so candidly about the illusory nature of material life that it would make me cringe.

Maharaja, no one can replace you. Like so many of Srila Prabhupada’s disciples you were unique in your own Krsna conscious way. I remember towards the end when you were lying on your deathbed in Mayapura, one devotee turned to me and said, “How is this happening? What will the movement be like without Sridhar Swami?” I had no answer. I have learned the answer in time as I watch the world become a little dimmer each time an enlightened devotee like you departs.

After you left I felt I had lost one of my closest friends on the battlefield. Srila Prabhupada often compared preaching to a battle in which devotees have to fight both the illusory nature and those who oppose the samkirtan movement, such as mundane scientists, atheists and oppressive governments. ISKCON has a long and glorious history in this battle to spread the message of Mahaprabhu in the Western world. Srila Prabhupada once said, “One day historians will note how this Krsna conscious movement saved the world in its darkest hours.” No doubt when they do your name will be there, counted amongst those who were the first to go forward in the battle armed with the holy names and faith in their spiritual master.

Your faith made you fearless. I never once saw you back down from any opponent. No one could defeat you in argument, for you combined sastric knowledge with intense conviction. I saw numerous times how your conviction alone convinced others. Devotees of your calibre will be remembered, perhaps even more so in the future when people begin to appreciate the real value of what this movement has to offer.

You were one of the first to go forward, but you were also one of the first to leave. It’s getting a little lonely out here on the battlefield, Maharaja. It’s not that there aren’t others present. There are plenty, even new sannyasis who are rising to the challenge. But it’s not exactly the same. There is something to be said for those devotees who have spent thirty or forty years practicing and preaching Krsna consciousness as their life and soul. You were just such a personality. But now you have left and others are leaving as well. Soon the world will be bereft of the association of those men and women who were fortunate enough to have taken the dust from our Guru Maharaja’s lotus feet upon their heads.

Certainly another generation of devotees will arise, unique in their own way and able to effectively preach in times to come. Due to their glorious efforts the movement will go on as it has for centuries, for millennia. But despite this, something will be lost that will never be seen again: that generation who came by chance or good fortune to help Srila Prabhupada in the very early days of the movement. Srila Prabhupada once said: “In the beginning Krsna sent me a few good men.” No doubt, you were one of them.

And so for now we serve in separation carrying on as best we can. It’s the same movement, the same process, the same teachings, but the ranks of Prabhupada’s dedicated disciples are wearing thin. The solace will come when we join you and others like you in the next great chapter of preaching Krsna consciousness somewhere else in this material world where Srila Prabhupada has gone to continue his mission. Or perhaps His Divine Grace will invite us all back to the spiritual world to serve Radha and Krsna alongside him in an enchanting land of eternal bliss.

“Happy trails until we meet again” were your last words to me. I keep those words close to my heart and long to be with you again.

One Response to “Your Name Will Be There”