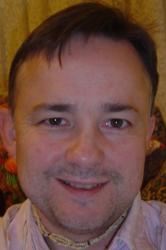 Laboratory tests reveal that many brands of ghee manufactured in India are adulterated with the body fat of animals. The lab report says the only way to guarantee the purity of your ghee is to make it yourself.

Using an Infrared Spectrum test, Anatech laboratory research center analyzed a variety of brands and confirmed that much of India’s ghee production is contaminated.

“We had samples tested and it has proved positive for animal fat beyond any doubt,” Bhakti Raghava Swami who organized the research said.

Anatech laboratory was chosen for the tests after approaching a variety of labs. “Anatech was the only lab which had facilities to accurately identify the contaminants,” Bhakti Raghava Maharaj said. “The others could tell if it was adulterated but not particularly by animal fats,” he said . The lab reported that some ghee contained up to 15% animal fat

India TV, amongst other channels, aired footage filmed at some of the ghee manufacturing plants. The footage revealed what vegetarians had feared. It confirmed that animals were being rendered and their fat added to ghee products.

“There were bodies of dead animals all around,” said Madhavendu Dasa after seeing the news reports. “There were scenes of animal fat boiling in big drums and some where slabs of fat were just hanging,” he said.

One factory allegedly adulterates ghee with a chemical named Styrai which is usually only used for detergent and soap. Excessive consumption of Styrai is said to cause liver diseases including cancer.

In India, milk and milk products attract only a 5% profit margin. In order to compete effectively in the market some manufacturers have taken the step of adulterating their products to reduce the base cost and increase the profit margin. The discovery and subsequent reporting of the ghee deception may prove to reduce the profits of many ghee producer.

Anatech laboratory research center has also tested milk and other milk products to reveal that some brands are adulterated with vegetable oil or are a mix between cow and buffalo milk.

Krishna and the square of Malevich in the museum night: images and feelings

Cow Protection in the Mode of Goodness